HYDRO POWER: The IREM system for connection to the electrical grid

IREM supplies the main components that make a plant connected to the national grid. In this type of plant the hydroelectric turbine is made with a view to produce energy to be sold to the electric grid. The performances of the hydroelectric turbines and its components are essential to guarantee the attended return of the investment.
Turbine-Generator Group: Pelton Turbines TPA, Banki Turbines TBA
Control board: QPR, QPR-S
Both the components are available in several configurations. 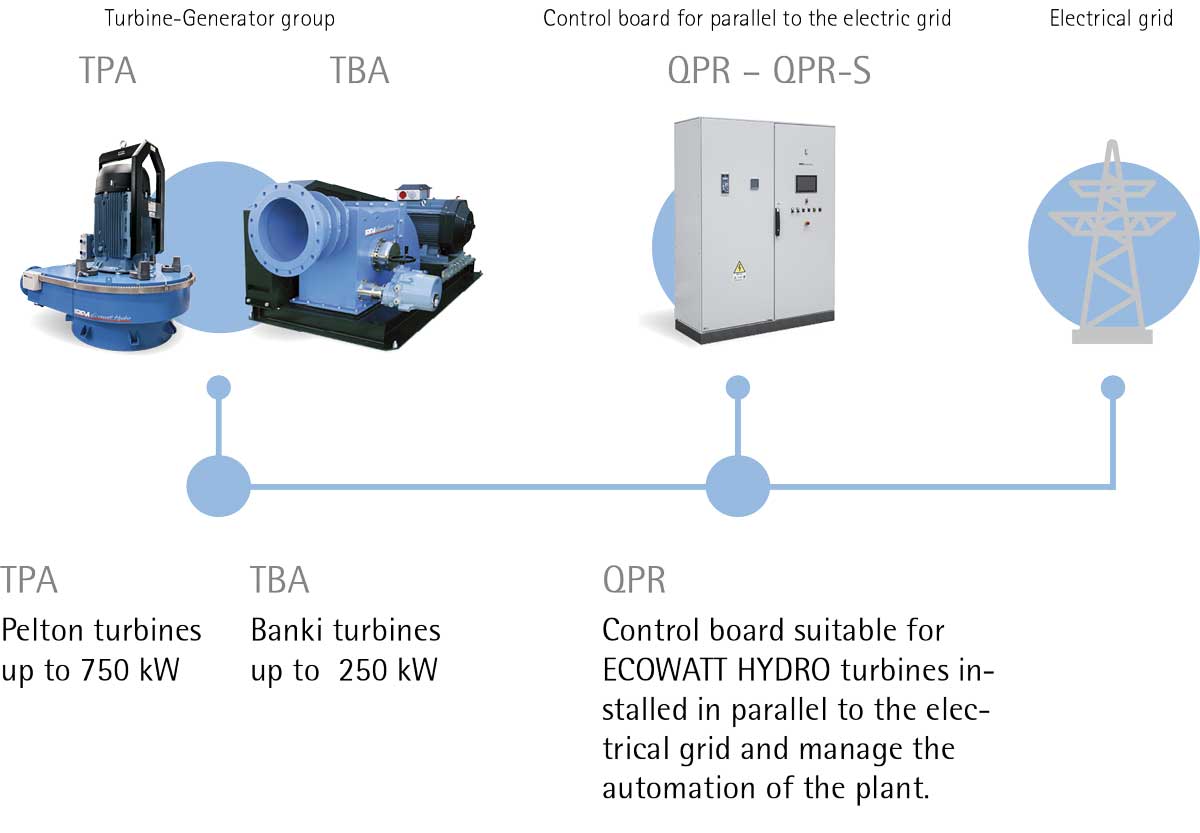 The starting in parallel  to the grid of active users, with an asynchronous generator directly connected to the distribution network, is an often critical phase in the operation of the system.

The starting and parallel procedures with the distribution network of asynchronous generators can substantially take place in two ways (as required by the CEI 0-21 standard in Italy):

In the first case, the generator of the hydroelectric turbines is started by gradually opening the water, and the parallel device is closed at nominal speed: the starting current remains in fact that one characterizing the asynchronous generator (7/10 times the rated current “In” ), but with a very short time since the generator is already rotating.

In the second case, an electronic conversion device (Inverter) is used, which starts the generator using the national electricity grid, limiting the starting current peak. In relation to the characteristics of the power line, starting will be more or less immediate, while the current peak will always be limited.

The IREM QPR-QPR-S control boards are designed and built to start the hydroelectric turbines both in the “with prime mover” mode and in the “grid” mode, the methodology can be chosen during the improvement of the installation.

However, the high experience of Irem gained thanks to the high number of hydroelectric turbines installed, on the national and European territory and managed by the QPR-QPR-S automation and parallel panels, allows to define the start of the generator safer and more reliable ” by grid ” with starting current limiter. 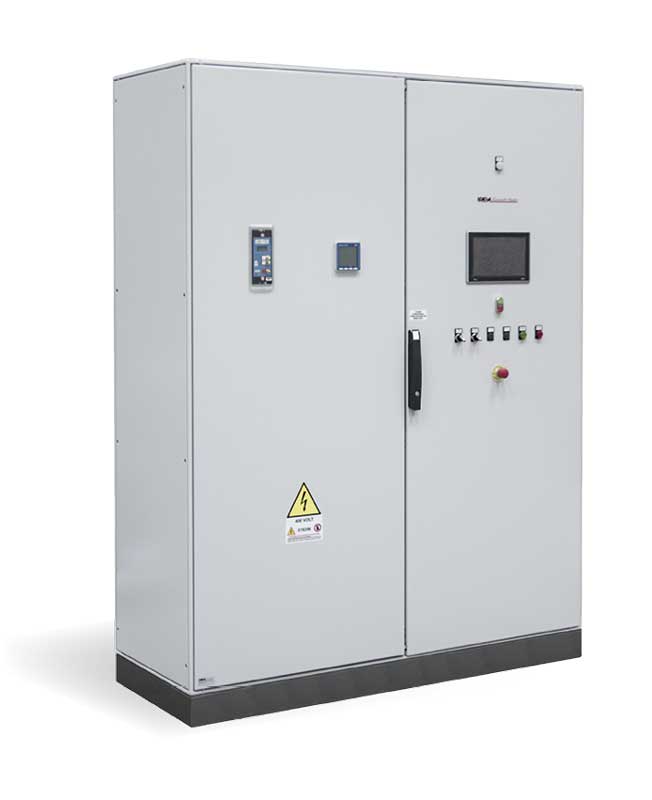 All the news of IREM Hydro Line are illustrated in the new 2022 catalogue.

END_OF_DOCUMENT_TOKEN_TO_BE_REPLACED 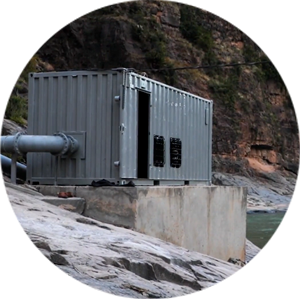 The Hydro Power plant was installed near the Thina Falls and provides electricity for about 50 families living in remote rural areas.

END_OF_DOCUMENT_TOKEN_TO_BE_REPLACED 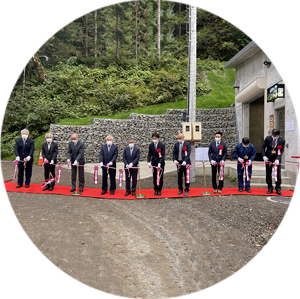 A new 250 KW IREM Pelton Turbine in operation in Japan

The commissioning of a TPA hexagon IREM Pelton turbine-generator unit in the Fukuji plant, located in the prefecture of Gifu, in Japan, has been inaugurated.

END_OF_DOCUMENT_TOKEN_TO_BE_REPLACED 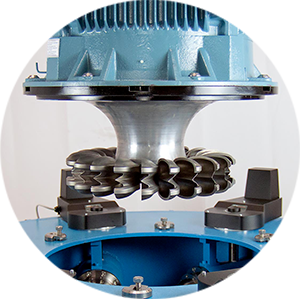 Compactness is one of the important advantages of the IREM Ecowatt Hydro Pelton Turbines.

END_OF_DOCUMENT_TOKEN_TO_BE_REPLACED 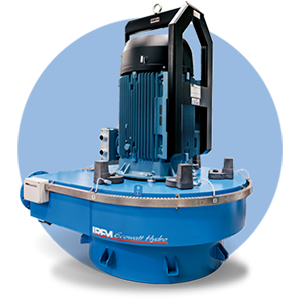 The IREM Ecowatt Hydro Pelton turbines are designed and manufactured entirely by IREM to ensure reliable operation, with the aim of minimizing installation, commissioning and maintenance activities.

END_OF_DOCUMENT_TOKEN_TO_BE_REPLACED 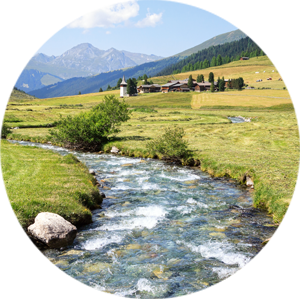 Banki ECOWATT HYDRO turbines are designed and produced entirely by IREM to create a compact, simple and functional system capable of minimizing installation and start-up activities.