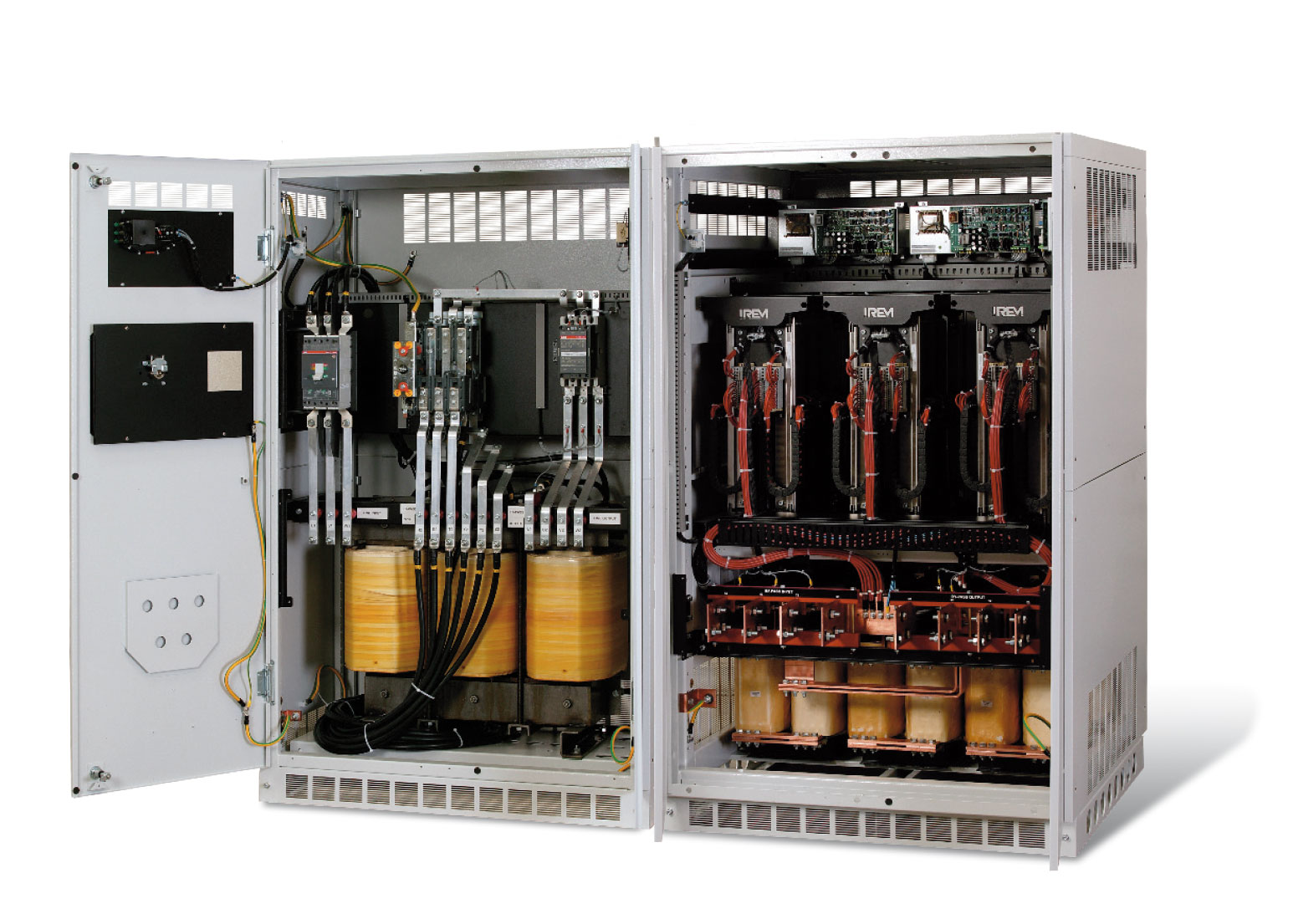 TRANSIENT VOLTAGE SUPPRESSOR
The protection against transient overvoltages generated by atmospheric discharges or by switching process is carried out by type 2 (cat. C) surge arresters complying with EN 61643-11/VDE 0675, part 6-11 characterised by a nominal discharge current (8/20) ln of 40 (or 60) kA, by a discharge current with Imax impulse of 50 (or 110) kA, a up protection level not greater than 1300 V and a response time tA shorter than 25 ns.

ELECTRODYNAMIC VOLTAGE REGULATOR
It ensures the “true RMS” value of the voltage with ±1% output accuracy even in the presence of strong harmonic distortions.
The innovative control circuit, combined with the structural reliability of the electrodynamic stabilisation system, has the following characteristics:

RFI FILTERS
On the conditioners’ output is installed a three phase filter for the suppression of electromagnetic interferences. 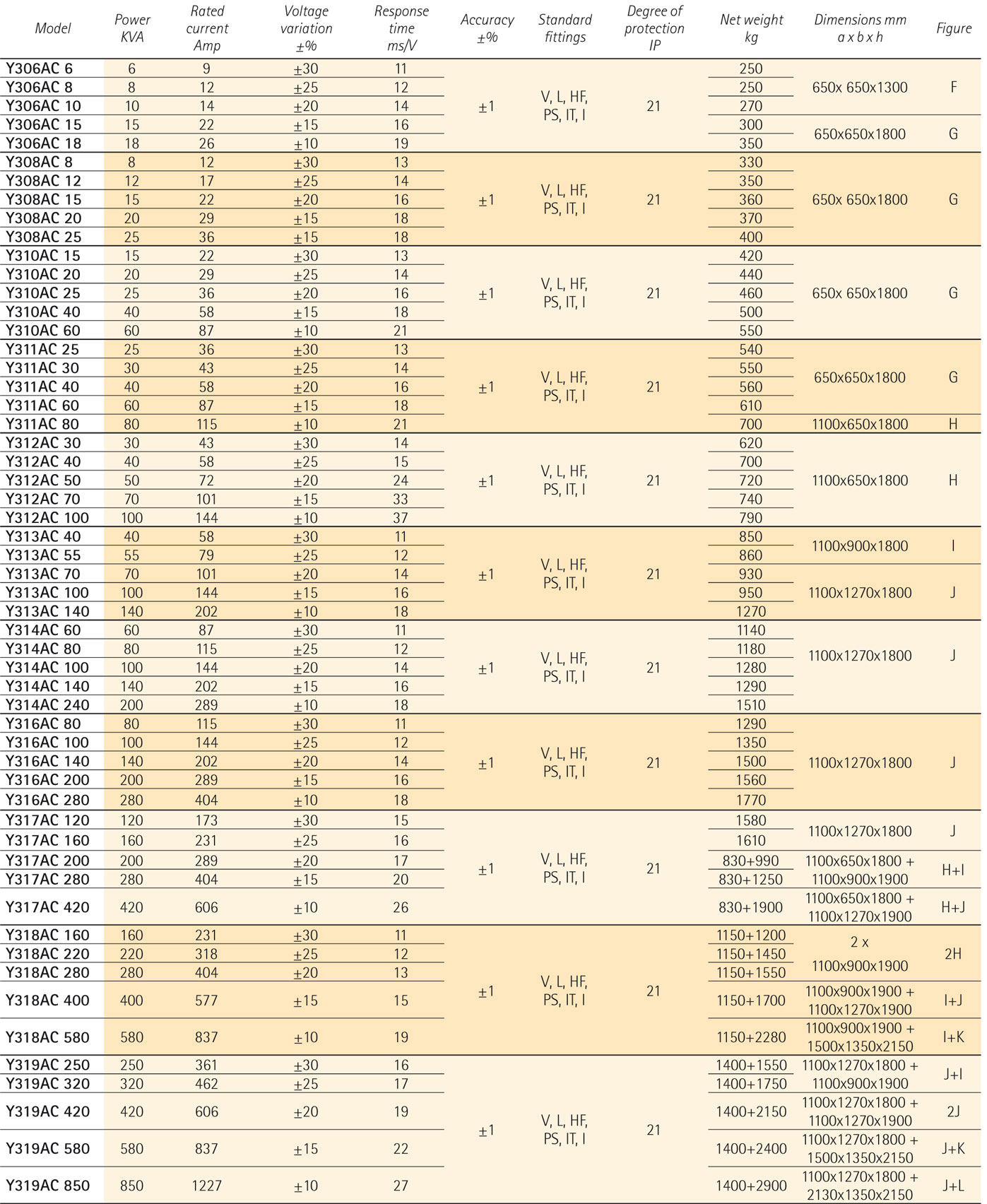 IREM LCs are designed to deliver the declared power permanently (24/7) under the worst operating conditions, i.e. at full load, at minimum input voltage and max input current and at the declared ambient temperature.

IREM Steroguard Line Conditioners provide a maximum level of protection to high power appliances, burdened by power quality problems due to high electromagnetic susceptibility, connected to distribution lines disturbed by sudden voltage variations, high frequency interferences and voltage spikes.
The voltage regulation system is made up exclusively of magnetic components capable of supporting electric loads with high inrush currents. The use of electronic components is limited to the control of the mains and of magnetic components stabilising the voltage. Thanks to these features, the electromechanical line conditioners stand apart for their high electromagnetic immunity and for the reliability characterised by a MTBF longer than 500,000 hours. They are, therefore, particularly suitable for powering radio-TV transmitters, telephone systems, radar systems, motors, compressors, pumps, medical equipment, machine tools and so on.
Their constructive features ensure that maintenance can be carried out even by technical staff with only a basic knowledge of electrical installations. 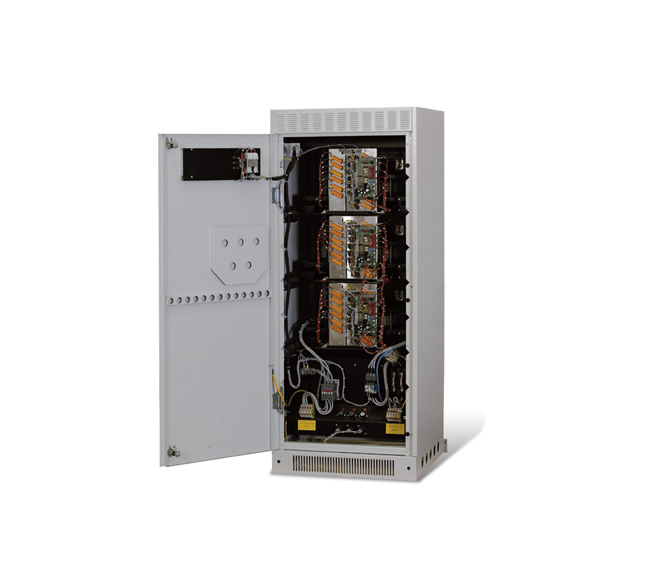 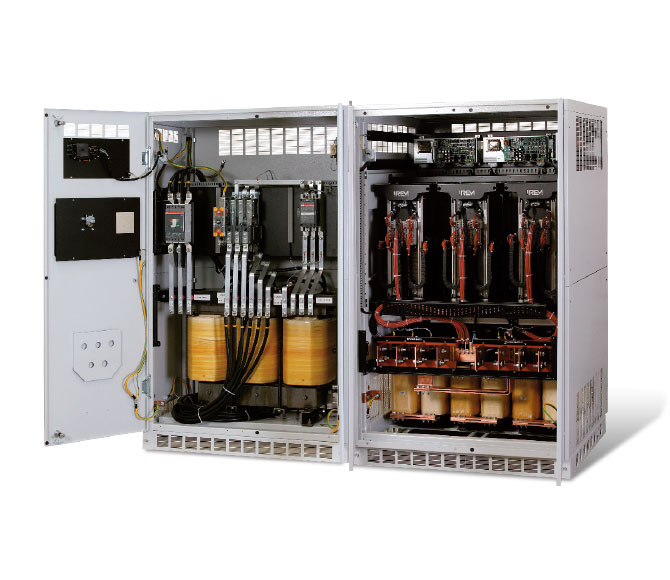